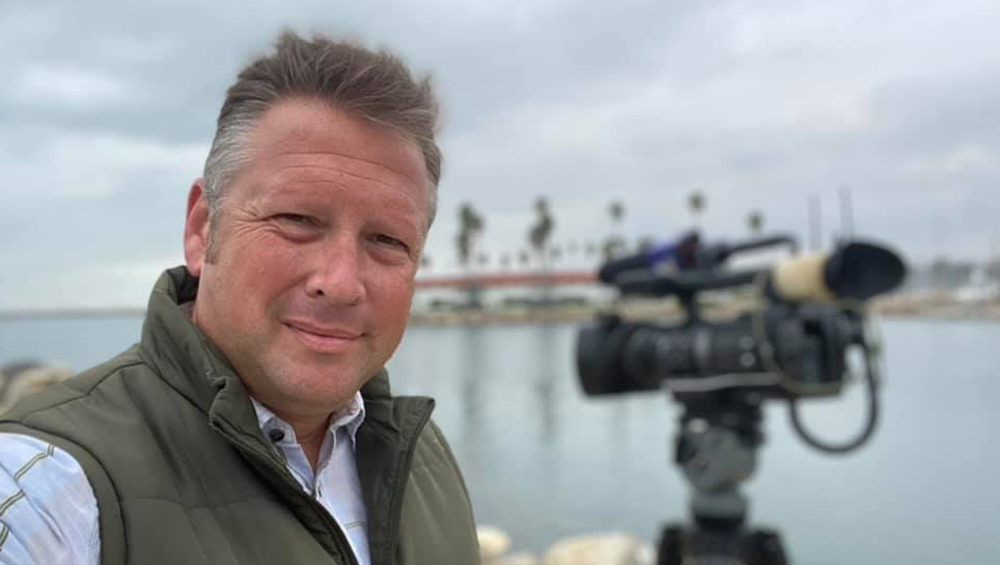 More than a year after the pandemic, NBCUniversal Local’s KNSD multimedia journalist Joe Little was working on another article about members of the San Diego community helping neighbors in need. While they were all important feel-good stories, they could easily become redundant in such a long period of economic turmoil.

Rather than having the typical interviews with multiple volunteers at a veteran-led charity meal raffle and receiving on-camera comments from car-bound beneficiaries about how grateful they were for the donations, Little handed in a 107-second profile of an individual soldier one named Paul Donnelly. Like many veterans, Donnelly struggled after returning home from the fight and relied on the help of others to get back on her feet. Last June he paid it out and distributed packages to other veterans in need through a local grocery bank called Feeding San Diego.

Little, who writes, turns and edits his daily stories, names the segment as one of his favorites from 2021. It’s also an example of the unique twists he gives to video journalism, for which he has won a number of awards, as well as teaching concerts across the country.

“I introduced this one character to the viewer so they could relate to him in less than two minutes,” says Little of the Donnelly story. “Part of the trick is to put the microphone on him and … tell the story through his eyes, as opposed to the organizer, as opposed to the people in their cars.”

Developing intimacy between the viewer and the subject makes TV news more impactful and immersive, says Little. The Donnelly profile includes additional hallmarks of Little’s stories: natural light and sound – because he believes the journalist’s equipment should be used to mimic the human experience – as well as a series of close-ups.

Little says that all of this is part of the television news reporter’s basic job of “directing the viewer’s gaze to places they normally don’t go to.” In a clip from 2019 about rising fuel prices, he directed the viewer’s eye into the gas tank of a car. (Little placed a cylinder on a tripod in front of a camera lens, which would hold it in place as a station pump nozzle retracted. He purchased the necessary parts from Home Depot.)

When Little last year profiled a carpenter building picnic tables for at-risk restaurants so they could offer outdoor seating during the pandemic, he opened with close-up shots of saws, drills, and wooden buffers that also made cacophonic noises. The first few seconds are so harrowing that they could force viewers to shield their faces to protect themselves from wood chips flying around.

The cinematic footage Little takes with his Panasonic news camera, a fleet of GoPros and sometimes his iPhone are only enhanced by his experimental editing techniques. His story of San Diegans safely playing outdoor sports in the summer of 2020 revealed five Joe Littles on a basketball court at the same time, all of whom were giving instructions on social distancing and equipment cleanliness. He has been using the Edius editing software for years, but on January 1st he and the rest of his editorial team will switch to Adobe Premiere. However, you won’t complain from Little about the challenge of adapting to a new program.

“I never stop learning,” says Little. “If I get complacent and just accept: Oh, that’s as good as it gets, then I won’t get any better as a journalist, I won’t move on with the development of the business.”

Form changing is no stranger to him as a way of advancing his career. In fact, the practice began even before he was a professional. In the late 1990s, he mainly attended the Newhouse School of Public Communications in Syracuse because many of the most famous sports broadcasters are among the institution’s graduates. It was Little’s dream to be counted among them, but a professor advised him to read the news first. With that foundation, he could expect a faster climb, with more job opportunities, and a chance to become a better writer. Besides, he could still edit a sports beat later.

Little accepted these words of wisdom and shifted his study to news. After two years of his career, however, he became the sports director of a small broadcaster in Pennsylvania.

“I hated every second of it,” says Little.

He referred to himself as the “family first” guy and didn’t like the fact that exercise was mostly at night and on weekends when he was spending time with loved ones. He also said he had “great fun being a fan” because he couldn’t advertise a team.

He preferred the variety of stories the news delivered and says reporting it is also more important work.

Little has been a news anchor for more than two decades. He has also worked as a storytelling trainer for EW Scripps and has been a faculty member at the NPPA News Video Workshop for eight years.

With all this experience and a conscious professional development, Little has won the trust of KNSD’s VP of News, Greg Dawson. “I get a very long leash to push my creative boundaries,” says Little. “When [he] hired me, he looked for something else. “

In addition to his work as a multimedia journalist from around 9 a.m. to 4 p.m. – a “one-man band”, as Little calls himself, he also advertises on various social media platforms (but not Tik-Tok, he hurries ) because the video is vertical, something it is diametrically opposite). Little is also the station’s storytelling director.

“My job is to improve everyone’s shooting, writing and editing,” Little explains his position. “My boss likes to call me the ‘cheerleader’ because I like to celebrate people who deserve it, who have really done something special.”

Dawson, the news vice president of KNSD, told TVNewsCheck in an email that the number of multimedia journalists like Little is growing, even though it’s “a tough job that requires a wide range of skills.

“Joe rose to this challenge to set an example of how someone can be efficient, productive, and creative at the same time,” continues Dawson. “There are a lot of talented people in this industry. But not all of them can explain their techniques and processes clearly and simply. Or, they may not have the patience or desire to train others. Joe is a teacher through and through. He knows how to pass on what he has learned. And the enthusiasm for it is in his bones. “

Little’s enthusiasm for reporting – and of course his hard work – has earned him multiple Emmy Awards. He was also a 2017 finalist for NPPA Reporter of the Year award and won the NPPA’s John Durniak Mentorship Award for his teaching and mentoring work.

However, Little is best known and respected in his community for his KNSD storytelling in front of the camera, something he won’t give up anytime soon, even in the face of stiffer competition from young, hungry climbers like it once was.

“As a multimedia journalist, I can take full creative control of my content every day,” says Little. “I love it.”

Editor’s Note: This is the latest of the Newsroom Innovators profiles from TVNewsCheck, a series featuring the people and news organizations that are evolving the form and content of video coverage. These profiles examine the beginnings of their innovations, the tools they use, and how they balance experimental approaches to storytelling news with day-to-day workflows. You can find the others here.