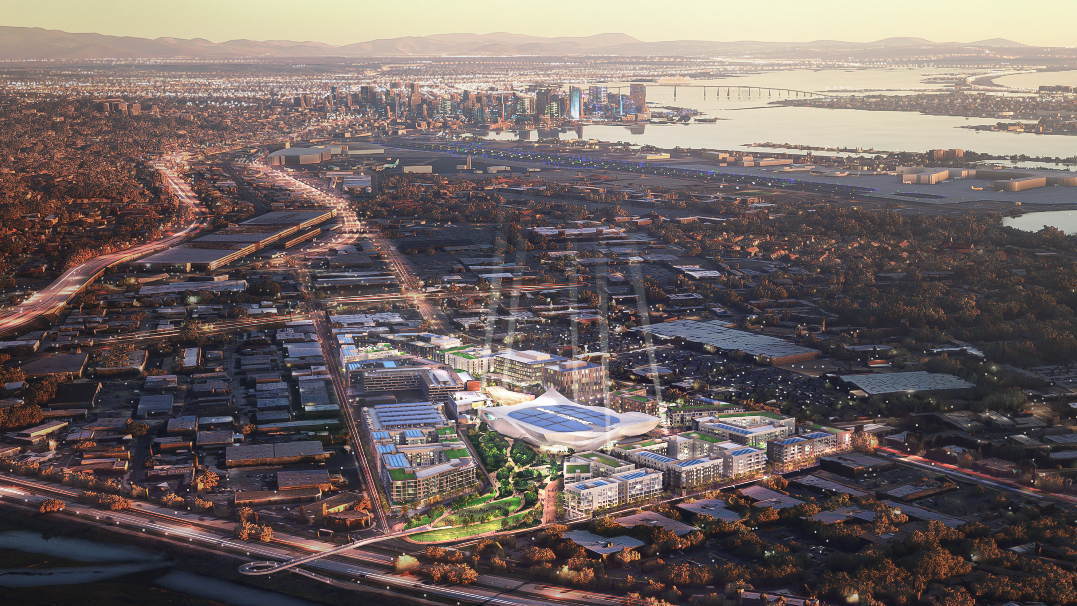 SAN DIEGO – In August 2020, then-Mayor Kevin Faulconer stood in the Midway District and said the city had found its developer to revitalize the neighborhood and build a new sports arena.

Over a year later, development teams vied again for the right to reinvent the Midway after California found that San Diego did not obey state laws the first time.

Now Brookfield Properties, the group that won the original competition, is back – but not with exactly the same plans they put up for the 48 acres of city-owned land last time.

Brookfield Group’s “Discover Midway” vision would add 3,280 homes to the area – some as affordable housing – a vibrant market area, expanded office space, and multiple parks, the team said. Then there is the new arena, a “newly invented and modernized venue”.

The rental apartments included in the pitch would house more than 6,500 residents, according to Brookfield and its partners, and 25% to 32% of the units would be reserved at reduced prices for people earning 60% or less of the median income in the area.

The Group’s proposed retail mercado, which will include “locally oriented” stores as well as food and beverage stores, also plays an important role in the Brookfield plans. Renderings show busy sidewalks with shoppers strolling past outdoor dining areas and fresh grocery carts.

The new arena will feature modern, San Diego-inspired architecture with indoor and outdoor connections, an expanded hall, a variety of new food and drink options, and a “refreshed” interior. Renderings show a futuristic-looking entrance with a video board.

Other project highlights include 11 hectares of parks and other outdoor areas as well as a permanent indoor-outdoor house for the popular Kobey’s Swap Meet. According to the team, parking plans consist of garages for visitor parking spaces and parking spaces for residents in above-ground structures.

As with most publicly available information about different playing fields for the area, fixed design details and many logistical issues are not included on the Brookfield website or in their recent press releases. You can read more on the Discover Midway website which provides an overview of the team’s vision.

Submissions to the city were finalized this week and there are now five development groups negotiating the rights to the land, with affordable housing and a redesigned arena listed as pillars of each proposal. Which group can stand out in the eyes of the city remains to be seen and is likely to lie in the more detailed plans to come.

Check out renders from another competitor, Midway Rising, and keep an eye out for updates on the negotiations that may be heading for further turmoil. As reported by the San Diego Union-Tribune, a preliminary ruling by a San Diego judge last week signaled that Measure E – which has lifted a major height limit on the district’s development – may be voided and stall the process again.