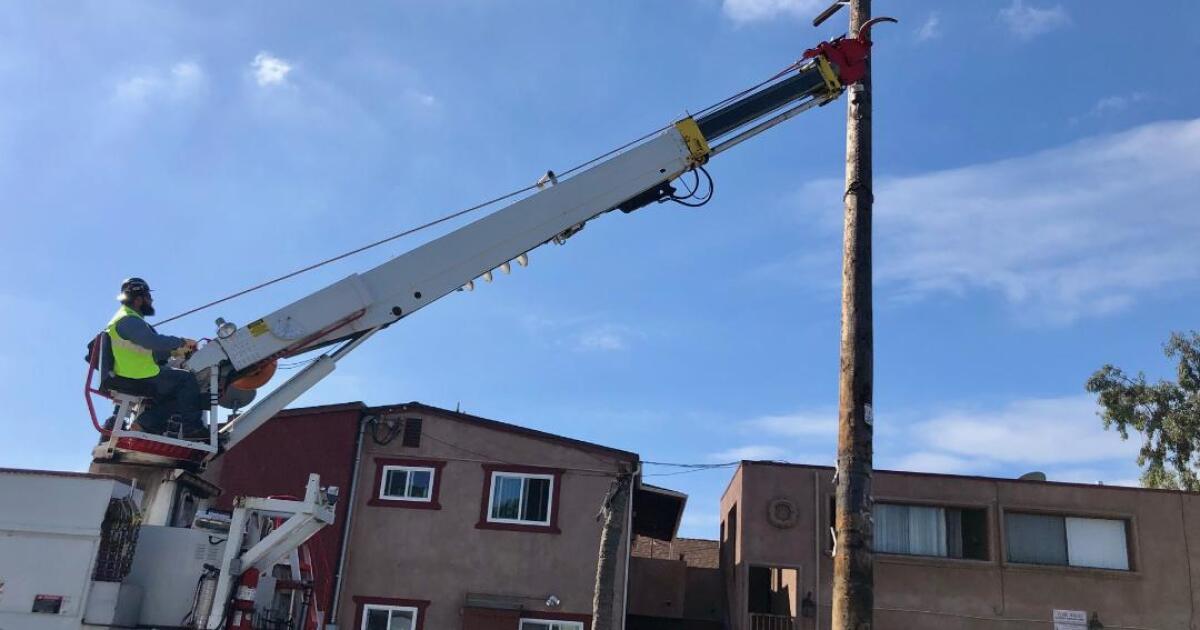 The proposals, which include creating dunes to combat sea level rise and planting trees to cool low-income neighborhoods, would cost millions of dollars and will take several years to complete.

While many of the proposals would be expensive, city officials estimate that the cost of doing nothing would be four to six times as much. It would include the loss of important urban infrastructure from fire or flooding, they said.

“The climate crisis is already affecting San Diegans, especially the frontline communities,” said Mayor Todd Gloria. “We are doing the work necessary to prepare our city to overcome these threats while addressing environmental justice. Our efforts to build San Diego’s resilience will result in many economic, health, and quality of life benefits for all of us. “

A new state law, SB 379, requires all California cities to pass climate resilience plans by January 1. City officials said they expect to submit the plan, which the planning commission unanimously approved last week, to the city council for final approval in December.

City officials said it was too early to say how much of the $ 47 billion San Diego will receive, but stressed the new plan will likely help.

“The city is in the best position to compete for funding if necessary,” said city spokeswoman Tara Lewis. “As we mention in the draft of the climate-resistant SD, we need the support of the state and the federal government in order to fully realize our vision. This funding is just one example. “

The plan has five main objectives: preventing disruption to city services; Preparing neighborhoods for climate change; Building a resilient city with a view to social justice; Protection of historical resources; and the support of adaptable natural environments.

Safety and quality of life are top priorities, but the plan also takes into account the effects of climate change on the economy. For example, if rising sea levels wiped out beaches, San Diego’s tourism economy would suffer.

“The dangers of climate change pose a risk to the natural environment, public health and safety, and economic prosperity of San Diego,” said Mike Hansen, city planning director. “By acting now, we are ensuring that our city is not only prepared for the effects of climate change, but can actually thrive.”

Because low-income neighborhoods typically have fewer trees and parks, while residents are less likely to have air conditioning, some proposals prioritize these areas over other neighborhoods.

“We are determined to plan a fairer, more sustainable and healthier future for all San Diegan people, especially the most vulnerable, who are most at risk and have the fewest resources to respond,” said Hansen.

The 86 potential adaptation and resilience strategies include guidelines, programs, projects and measures. Some are as simple as promoting public relations about the threats of climate change, while others are complex and expensive shoreline changes.

The strategies fall into two main categories: those that reduce risk and those that build better communities.

Strategies aimed at building better communities are designed to increase a community’s ability to respond to the effects of climate change.

For each strategy, the plan specifies the climate hazard it would address, what action would be required, a timeframe, and a rough estimate of the cost.