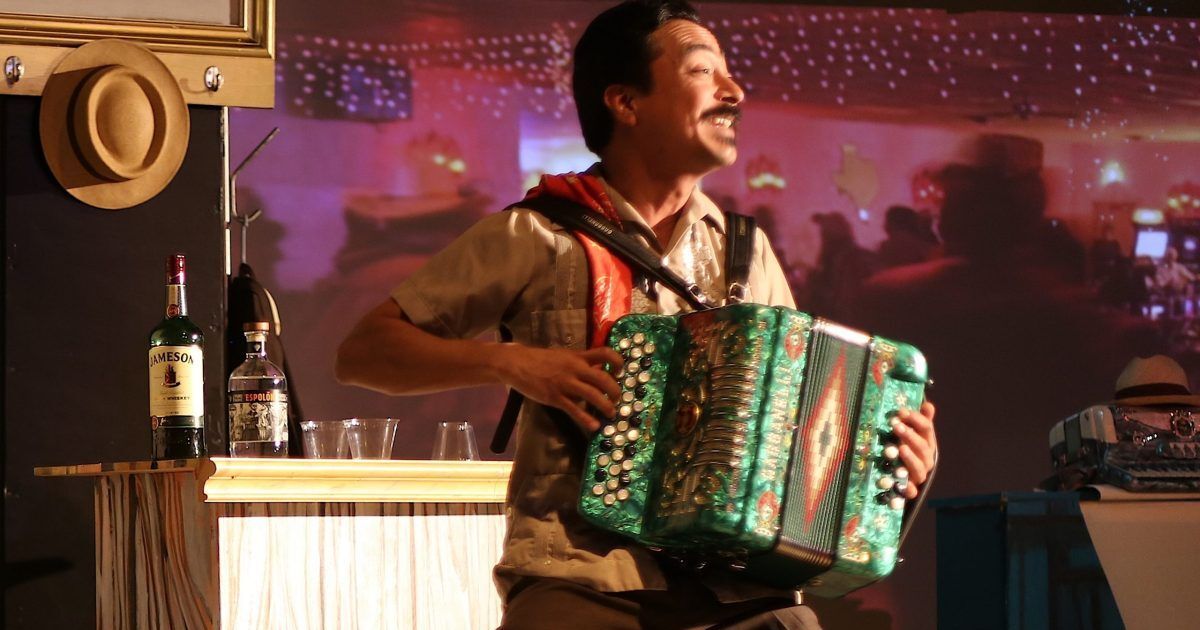 The Latinx New Play Festival “is a space for conversation,” said Patrice Amon, the festival’s producer. “It’s an opportunity to develop some new voices and new pieces of Latinx theater”.

She said the festival receives an average of 90 new pieces each year from creators across the country who identify themselves as Latinos. Submissions are reviewed by a team of 80 who rate the pieces for completeness and relevance of the stories, she explained.

Amon said DACA and jailed teenagers were trending topics in the playwriting community five years ago. This led to a strong focus on immigration storytelling in the first two cycles of the festival.

Over the past two years, she said, the festival has evolved to showcase the celebration of the historically marginalized Afro-Latin community.

“I’m assuming that next year we will likely have a lot of pieces that have to deal with COVID,” added Amon.

The four selected pieces will be presented starting Friday with no props, sets or costumes, she said. The readings are supposed to hear the stories, she explained.

Only one of the festival acts will have a full production, including live music. “Conjunto Blues” by Nicolás Valdez is about how conjunto music (often referred to as conjunto tejano or norteño) is unique in the Texan border region.

The multidisciplinary performance artist presents his personal experiences growing up in the conjunto music scene and his relationship with his grandfather, a conjunto music lover.

It’s called “Conjunto Blues,” Valdez said, because like American blues, conjunto is the same type of music that speaks about their struggles and the problems within their communities – “in the barrio,” he said.

During the show, Valdez is accompanied by musicians on “Bajo Sexto” (12-string Mexican guitar), “Tololoche” (double bass) and drums.

As the Lyceum Theaters and the entire Horton Plaza are still under renovation, this year’s festival will take place at the Conrad Preby’s Aztec Student Union Theater at San Diego State University.

The pieces will be performed and streamed live and will be available on the San Diego Rep. YouTube page for 96 hours after the festival. In-person and online passes are available on a pay-what-you-can basis. More information and the full program can be found on the festival website.

“Black Mexican” by Rachel Lynett
Friday at 5 p.m.
A gritty comedy with five characters searching for the truth about themselves and about each other as they confront their inner bias to answer the question: Who becomes part of Latinidad?

“(trans) formada” by Lily Gonzales
Saturday noon
While trying to express her gender, Sam, who is a “gay and a little trans” kid of Mexican immigrants, goes to a high school party to reveal bold and strange rituals.

“Take your pink hands from me Sucka and give me back” by Daniella De Jesús
Saturday at 3 p.m.
Christopher Columbus’ first contact with indigenous people in the Caribbean comes to life on the island of “Hispaniola” in this comedy of prophetic dreams and time travel.

“Conjunto Blues” by Nicolás Ramiro Valdez
Saturday at 6 p.m.
A piece that explores the social and historical conditions that led to the development of conjunto music as an expression of cultural resistance and liberation in the Texan border communities.

“A Skeptic and a Bruja” by Rosa Fernández
Sunday at 1 p.m.
This creepy piece involves a house in the middle of nowhere, paranormal experiences, a couple of investigators, and a lesson they’ll never forget.