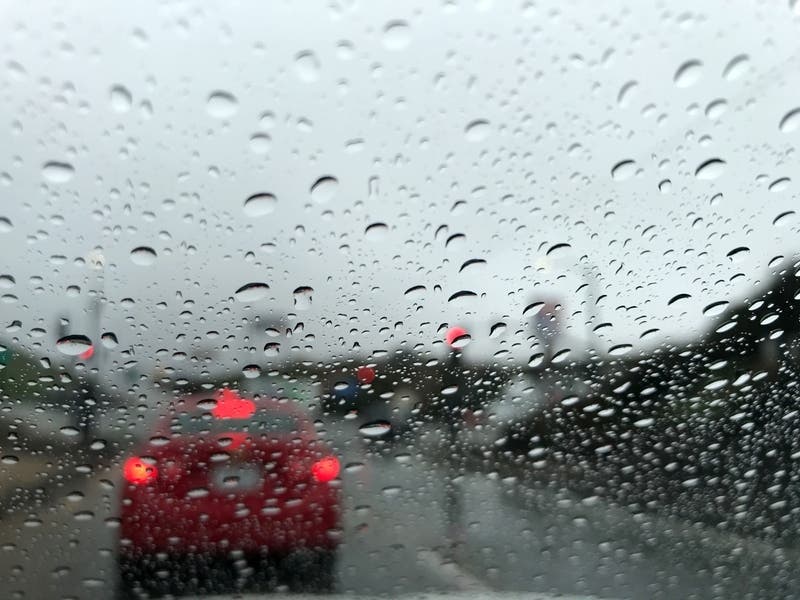 For the coastal areas, mountains and valleys of the district there is a flood watch until Tuesday evening, as excessive rain with isolated thunderstorms in the afternoon is to be expected during the day.

According to the National Weather Service, a rainfall rate of half an inch per hour is expected with higher rainfall on the coastal mountain slopes. The forecast calls for rainfall 1 to 1.5 inches west of the mountains and 2 to 3 inches along the mountains below 5,000 feet.

Find out what’s happening in San Diego with free real-time updates from patch.

Precipitation totals can also reach an inch in some parts of the high deserts, which can lead to flooding if the water on the roads cannot drain properly.

“Floods on Tuesday are possible as there is excessive rainfall during the day with isolated thunderstorms in the afternoon,” said forecasters. “Excessive runoff can lead to flooding of rivers, streams, creeks and other low-lying and flood-prone locations.”

Find out what’s happening in San Diego with free real-time updates from patch.

According to the National Weather Service, moderate to heavy rain and snow spells are expected from the northwest on Tuesday mornings and will last until early evening before the system quickly ejects eastwards.

Heavy snow is possible over 6,000 feet, but snow depth will fluctuate and likely be over 2,000 feet by late Tuesday evening, forecasters said.

Periods of noxious winds are also likely in the San Diego area.

A wind warning is in place for the county’s coastal areas and valleys until midnight Tuesday, expecting 20 to 50 mph winds with gusts of up to 35 to 45 mph, according to the National Weather Service.

“Important winds could blow around unsecured objects. Branches could be blown over and there could be some power outages, ”said forecasters. “Use extra caution when driving, especially if you are driving a high-profile vehicle. Secure items outside.”

Meanwhile, through 4 a.m. on Wednesday, a high wind warning is in place for the deserts and mountains of the county, where winds of 25 to 35 miles per hour are expected with gusts of up to 60 to 70 miles per hour.

“Harmful winds will blow down trees and power lines,” warned forecasters. “Power outages are possible. Travel will be difficult, especially for high-profile vehicles.”

Temperatures are expected to stay below average for the remainder of the week, with another chance for light rain from late Thursday through Friday.

Here is the one San Diego forecast from the National Weather Service:

Over night
Isolated showers before 4 a.m., then rain after 4 a.m. Low around 55. South winds around 10 mph, with gusts up to 32 mph. The probability of precipitation is 80%. New rainfall levels of less than a tenth of an inch possible.

Tuesday
Rain, also possible from 10 a.m. in the event of a thunderstorm. Some of the storms could cause gusty winds and heavy rain. High near 59th breeze, with a south wind of 15 to 25 mph turning southwest in the afternoon. Winds could reach up to 35 miles per hour. The probability of precipitation is 90%. New rainfall between three quarters and one inch possible.

Tuesday night
Likely to rain and possibly a thunderstorm before 10pm. Mostly cloudy, then gradually mostly clear, with a low of around 47. West winds 10 to 24 km / h, with gusts of up to 40 km / h. The probability of precipitation is 70%. New rainfall of less than a tenth of an inch, except higher amounts possible during thunderstorms.

Wednesday
Sunny, with a high near 57. Northeast winds 5 to 10 miles per hour turning northwest in the afternoon.

Wednesday night
Partly cloudy, with a low of around 45. Northeast wind around 8 km / h.

Thursday
Mostly sunny, with a high near 59.

Thursday night
A low chance of rain. Mostly cloudy, with a minimum of around 50. The probability of precipitation is 20%.

Friday
Mostly sunny, with a high near 62.

Friday night
Mostly clear, with a low of around 45.

Saturday
Sunny, with a high near 63.

Saturday night
Mostly clear, with a low of around 45.